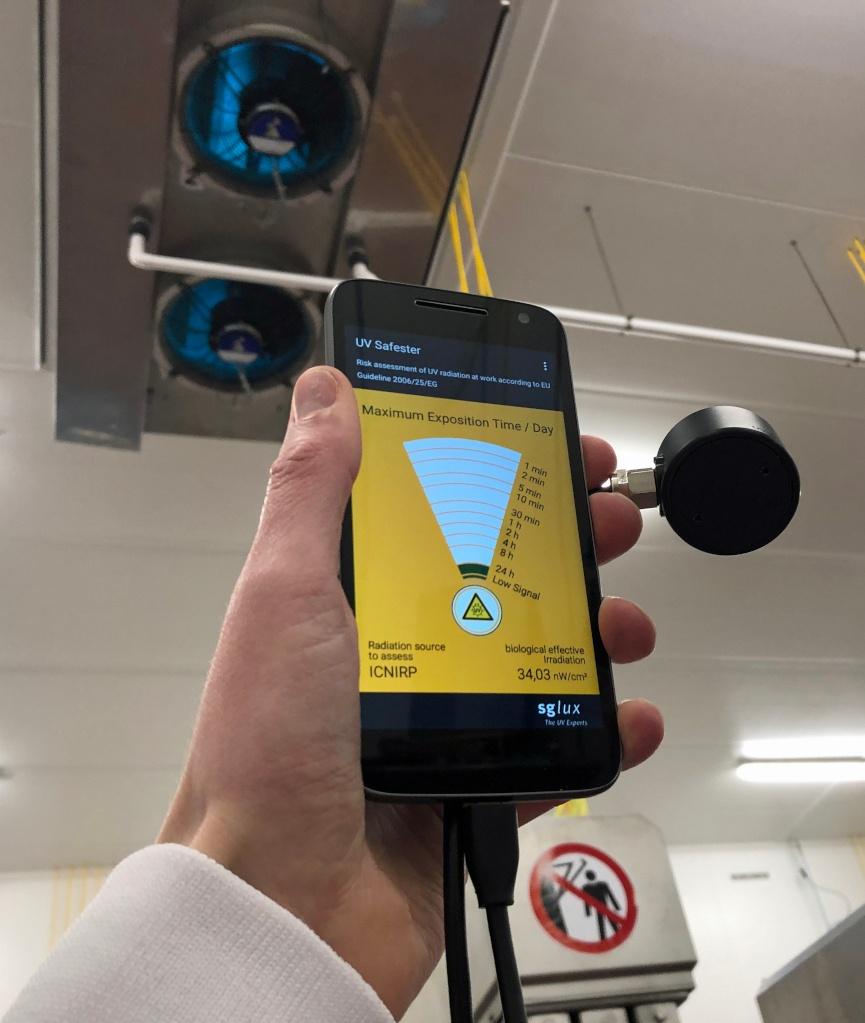 UVC light is harmful to skin and eyes. UVC does not contain radiant heat meaning that you do not feel exposure immediately but only after a few hours. UVC radiation can cause severe burns (of the skin) and eye injuries (photokeratitis). Avoid direct skin exposure to UVC radiation and never look directly into a UVC light source, even briefly.

In all situations where UVC light (also called UV-C radiation) is used the risks for people to be exposed to the radiation must be addressed.

The most important thing: a safe installation

Depending on the situation, the safety of a UVC system can be guaranteed with mechanical shielding and/or electrical facilities. A UV system can almost always be designed intrinsically safe for users, operators or visitors. Technicians sometimes require additional instructions and warnings.

For countries in the European Union, UVC light falls under artificial optical radiation. For their safe application, a European directive applies: Directive 2006/25/EC of the European Parliament and of the Council of 5 April 2006 on the minimum health and safety requirements with regard to the exposure of workers to the risks arising from physical agents (artificial optical radiation) (19th individual Directive within the meaning of Article 16(1) of Directive 89/391/EEC).

Bioclimatic can support you with the implementation of safety measures and perform measurements to see whether an installation complies with the European directive.

For technicians during system maintenance: